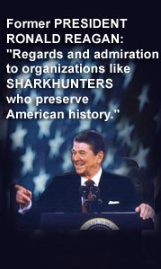 The Official Publication of the History of the U-Bootwaffe!

SHARKHUNTERS information is honest submarine history with major emphasis on German U-Boats and no propaganda. Our monthly KTB Magazine is named after the logbook carried by each U-Boat during WW II, the Kriegs Tage Buch, and is kept as a reference in many archives. The history of at least one U-Boat is in each issue of the KTB, with the date that the U-Boat was launched, what type she was, her Skipper’s patrol areas, victims – and final fate of each U-Boat with latitude and longitude position.

Who are Sharkhunter Members?

A multitude of U-Boat Skippers, officers, and crew were in the Membership of SHARKHUNTERS and contributed to the KTB with their personal memories of the Kriegsmarine and service in the U-Boats during WWII. First person accounts by the men who actually waged the U-Boat War from both sides of the periscope…men whose names are etched in submarine history. This history is available nowhere else.

SHARKHUNTERS is the world’s only organization that:

As a result, SHARKHUNTERS is the most complete and comprehensive source for the history of the submarine in general and the German U-Boat in specific.

In addition to U-Boats, the KTB Magazine profiles submarines and WWII veterans of the US Navy, USSR, Royal Navy, IJN, and other military services of nations that used the submarine as a major part of their naval fleets.

Many thanks for my Membership. Be sure that my best wishes for your health and happiness are on their way across the Atlantic with the velocity of light.

Members receive numerous benefits, including invitations to our “Patrols in Germany” and other tours, notification of meetings and the most accurate information about U-Boats anywhere.

Delivered to you monthly, the KTB Magazine is also kept as a reference in many archives. Packed with interesting articles and the history of at least one U-Boat in each issue.

Find out about upcoming meetings and tours. Join us! Our patrols visit places like Germany, Austria, Poland and more! Our “Patrols” feature deluxe motor coaches and top of the line accommodations with amenities.

Get the latest news on current submarine events and discoveries. The Sharkhunters newsletter will keep you up-to-date on what’s going on. We keep you informed of the submarine news that matters most.

Make friends with veterans and other members of Sharkhunters. Come to our meetings or join us on a tour and you’re sure to meet new friends with similar likes and interests. We’re all family!

Get your questions and concerns addressed in a prompt, friendly manner. I’ll do my very best to ensure your membership is both memorable and satisfying! Your friend, Harry Cooper 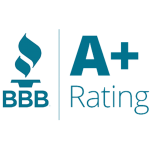