Sharkhunters President HARRY  COOPER 1-LIFE-1983 spent much of June on expedition in Germany, Poland, and Monte Carlo.  Follow along here and learn.

Sharkhunters President HARRY COOPER 1-LIFE-1983 spent much of June on expedition in Germany, Poland and Monte Carlo. Follow along here and learn.

During part of that time in Europe COOPER was with S.E.I.G. Agent FELDWEBEL SCHULTZ and his beautiful niece Fraülein Marzali. We learned many things, as you will see in the photos and descriptions that follow.

It was middle afternoon when this meeting took place and to be out of everyone’s way, they selected a totally empty breakfast room. Since it was 2pm, the room was absolutely and totally empty. They sat in the very midst of this empty room and after they had been there perhaps five minutes, COOPER noticed a young blond seated right behind him – back to back with him and not two feet apart …in this big, empty breakfast room of perhaps 150 seats, she chose to sit directly behind COOPER.  As a spy, if indeed she was a spy, she was not very good at it but remembering a time in Austria in middle 2015 when two Austrian secret agents tailed him for a week, COOPER suggested they move to the other end of the breakfast room to be really alone, which they did.

Dr. Richert, head of the Antarctic/Neu Schwabenland expedition 1938/1939 had plans to return on a second expedition in 1940 and this time, would also carry small planes with skis to bring personnel further inland for more exploration. Despite some of the stories posted on various Internet sites, this plan was not implemented due to the outbreak of World War Two.

At this point, conversation shifted to Argentina and the gigantic JU 390-V2

HOW MANY JU 390 AIRCRAFT WERE BUILT? 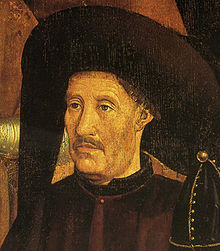 2.  Now we talk about Antarctica with S.E.I.G. Agent NAVEGADOR.

During part of that time in Europe COOPER was with S.E.I.G. Agent NAVEGADOR.  We learned many things, as you will see in the photos and descriptions that follow but much consisted of verbal discussion and most of that must remain secret for a while.  We will release all data when the time is right.  But now, let’s look at what is available.

There are also rumors that three nuclear or thermonuclear devices were detonated in that area and the detonation altitude varied with each rumor. Is this fact? One official source confirms that it did happen. Another official source says absolutely not.  So who do we believe? It is not uncommon for totally conflicting reports to be issued if for no other reason, the tried and true “Spook” tactic of creating confusion and cloaking the true situation or activity …and it apparently works.

Left photo is from an old German textbook and it shows the German colonies of a century ago. Sharkhunters added the red circle around Trindade and the red arrow pointing to a spot on the Patagonian coast of Argentina.

Right photo is from a German school textbook of decades ago showing the various sections of Antarctica and the relative position of that continent to other land masses. Sharkhunters added the yellow boundary around Neu Schwabenland.

We had planned to mount an expedition this December or January 2017 (summertime down there) but the deliberate sabotage by two alleged scientists threw obstacles in our path that we must postpone until the following year. We will keep you updated as we move forward.