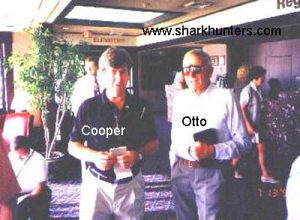 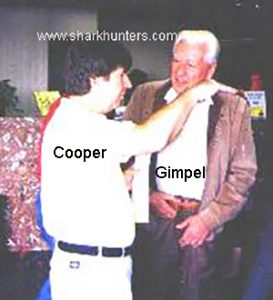 At our Four-Star hotel, in Chicago 1993, Sharkhunters President Harry Cooper greets two very special guests. In the left photo is Flotillen Admiral Otto Kretschmer, top submarine Skipper of WW II. He was the most successful submarine commander of any navy in World War II and he was awarded the Knights Cross with Oak Leaf and Crossed Swords. Right photo is Erich Gimpel, the only German spy put ashore in America from U-boats still living.

Join our SHARKHUNTERS group as we enjoy a great week in Chicago 1993 beginning with a short scene in our hotel lobby where a robber was apprehended as we watched and filmed; then to beautiful Lincoln Park Zoo where we were treated to a very special ‘behind the cages’ tour. 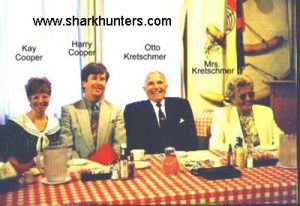 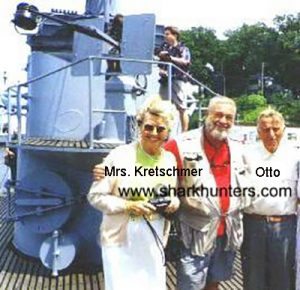 Then we went to the prestigious Adventurers Club for our Welcome Dinner and an hour-long talk by OTTO KRETSCHMER and finally to our SHARKHUNTERS ONLY tour of U-505 where our camera takes us all through the boat as well as around the outside of the boat while accompanied by many veterans. 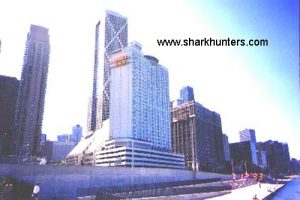 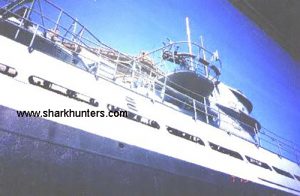 Our beautiful Four-Star hotel, We were up there aboard the U-boat right on the beach. at the Museum in Chicago.

We can’t forget our fantastic time aboard USS SILVERSIDES where they fired up the diesel engines for us. We also enjoyed the ‘supernatural tour’ of Chicago. Two of the high points of this tour were the surprise birthday party for Mrs. Kretschmer and the tape closes with Prof. TOM MACKIN and his band playing the famed Kretschmer March for the first time since WW II! It is banned in Germany – but it is on this tape!