Europe and the Reunification 1990

In France – We go where only SHARKHUNTERS can go – into the massive U-boat bunkers at Brest and Lorient, this time WITH CAMERAS ROLLING! You will tour all through and around these famous U-boat bunkers on this tape. We see the mansion jokingly called Sardinenschloss (Sardine Castle) where Admiral Dönitz had U-Boat headquarters at Kerneval. 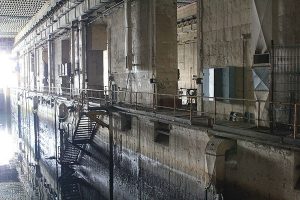 Then we board the train for the overnight ride through France and Germany where we visit with dozens and dozens of U-Bootfahrer, some Luftwaffe vets and even some Waffen SS veterans. We tour the ancient fortress Wilhelmstein where the first German submarine was built and tested; we visit the ancestral home of General Scharnhorst – Bordenau.

We go in famed Wewelsburg Castle (photo left), home of Himmler’s Teutonic Knights, and we are in the underground ceremonial chamber formerly not open to visitors – but SHARKHUNTERS are always welcome where others are not. The young SS officers took their oath of allegiance in this underground chamber.

We also tour the memorial statue to Hermann, the farmer/soldier who led the rout of three Roman legions in the Teutoburg Forest by German peasant soldiers. 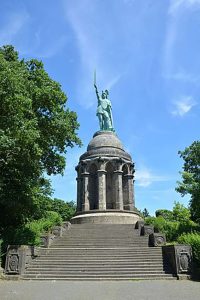 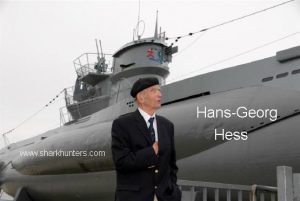 We tour all through the only Type VII-C left in the world – with her Skipper!

There were dinners with several U-Bootkameradschaft (U-Boat Veterans Associations); we visit the beautiful Ju 52, restored to her 1940 newness – she came from the bottom of a lake in Norway; there is the Welcome Dinner; another dinner at the Luftwaffe Base where so many American planes departed with cargoes of food and supplies for Berlin during the Berlin Air Lift.

We are in Berlin on the actual day of reunification with cameras rolling! We were right there when it all happened – the bands playing, people rejoicing – it was all part of this historic SHARKHUNTERS ‘Patrol‘.

Our bus heads south through Germany and to southern Austria, to Kärnten for great festivities. Our host and guide all along this portion of the tour fought in the Hitler Youth in the defense of Berlin in the closing moments of the war, and is a very patriotic right-wing German. He opened many doors not normally open to others. 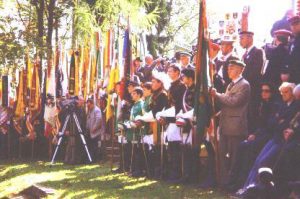 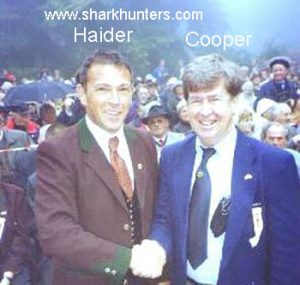 We tour the area and see centuries-old castles, churches, and towns and meet with dozens of Kriegsmarine vet. We’re guests of the Landshauptmann, the political leader in Austria – Dr. JÖRG HAIDER (1616-1992), for a reception and also an evening of culture in the city hall. We take part in the Ulrichsbergfest, where wearing the World War II German medals was NOT illegal (at the time) and we take part in the nighttime Sternmarch – it is absolutely breathtaking! 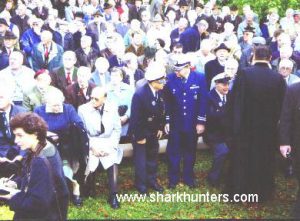 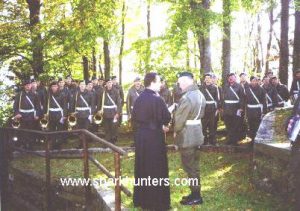 Our group is to the left of the Band Our group takes a moment of reflection and the Austrian Army Band the old ruined cathedral.