This was our first ever SHARKHUNTERS “Patrol” and it was designed to bring Members together from both sides of the Atlantic in fellowship, and to meet in a beautiful setting away from the snow. And so Key Largo in the breathtaking Florida Keys was chosen. At that time, there were only 250 Members in SHARKHUNTERS…50 came to this initial ‘Patrol‘. 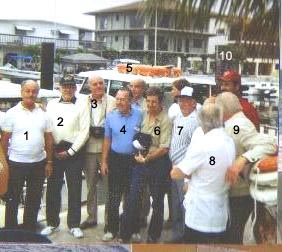 The Captains at our ‘Patrol” 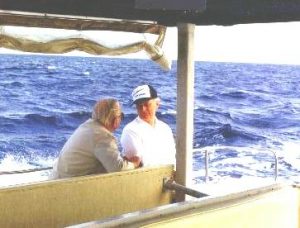 Eleven U-Boat veterans were with us, including three Skippers. We just relaxed in the warm Florida sun, got suntans and made new friends. 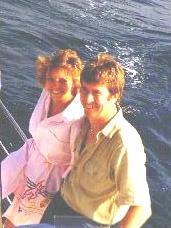 The U-Bootfahrer at our “Patrol” Kay and Harry Cooper enjoying the sun. 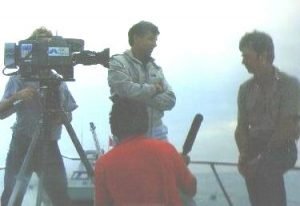 The “TODAY” television show had a news crew on hand, and here they interview SHARKHUNTERS President, HARRY COOPER (1-LIFE-1983),some three miles off the Florida coast. 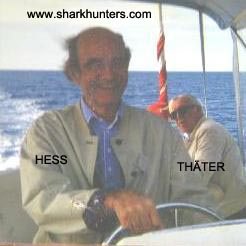 It was at this initial “Patrol” that Captain HANS-GEORG HESS (125-1985) (Knights Cross) suggested that next year, we must all come to Germany, to visit old Europe. A wonderful idea – and we did. This was our first ever “Patrol” and it was meant to bring our Members together from both sides of the Atlantic, and to show that “Yesterday’s Enemies” really are “Today’s Friends“. To that end, SHARKHUNTERS has planned and operated dozens of “Patrols” in the US, Germany and many other countries, bringing former enemies and friends alike together in beautiful and historic places.

We hope to see you on one of our “Patrols” in the near future.