Actually, this is a misnomer because the first of a U-Boat type did not have the “A” after it. The Type I was merely the Type I, and only two were made because this just was not a very good submarine. The crews did not like their unpredictable handling – they would surface or dive almost on their own. U-25 and U-26 were the only two Type I German U-Boats ever made. The Type I was a twin shaft diesel-electric sea-going submarine with relatively long range and it was based on the GUR that Germany had previously built for the Turkish Navy. The Type I carried fourteen torpedoes.

History of the German Submarine U-25

Under Victor Schütze  Under Heinz Beduhn

Conning tower of U-25 under Victor Schütze

This was one of only two Type I-A boats built; unpopular with their crews due to their bad handling characteristics.

Commanders of U-25 include:

U-25 saw action during the Spanish Civil War but not much is recorded about that time.

U-25 took on fuel from the tanker THALIA in Cadiz, Spain then began operations west of Gibraltar in February 1940.

SHIPS SUNK BY U-25 (Schütze commanding): 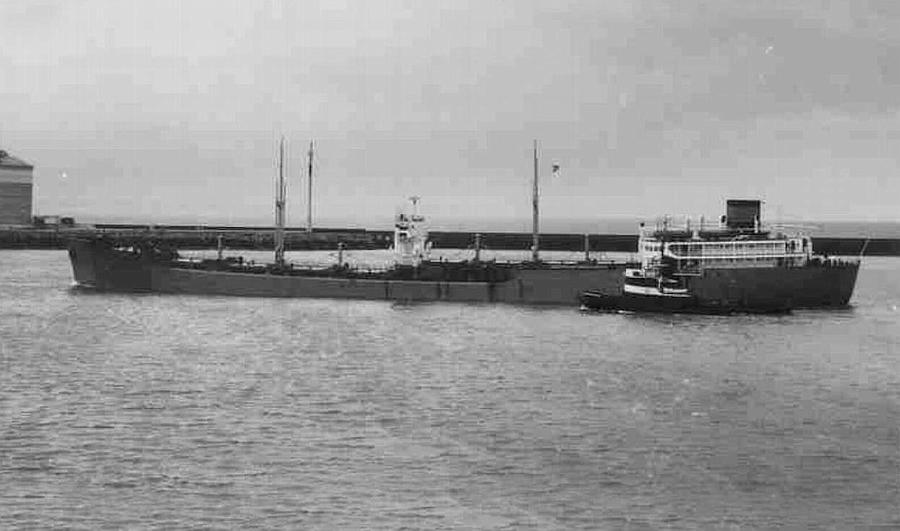 SHIPS SUNK BY U-25 (Beduhn commanding):

*  U-25 fired at this tanker, surfaced and watched the torpedo hit and detonate. The ship following the tanker rammed U-25 which took Beduhn’s attention away from the tanker but he saw the tanker stopped dead in the water. When he was able to look again for this target nearly an hour later it was gone, so he assumed a sinking. No confirmation.

The 16 October 1939 issue of LIFE Magazine featured a cover photo of U-25 taken through an open porthole of a ship that U-25 stopped.  With the U-Boat alongside, the ship’s papers were checked and after finding no contraband, she was allowed to proceed unharmed.

History of the German Submarine U-26

U-26 Conning Tower Emblems  Under Ewerth 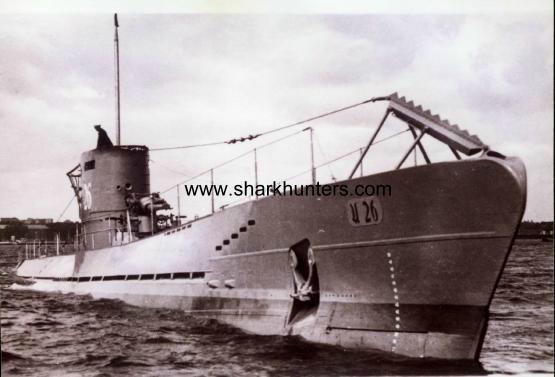 This was one of only two Type I-A boats built; unpopular with their crews due to their bad handling characteristics.

Commanders of U-26 include:

U-26 was attached to the 2nd U-Bootflottille and operated in the English Channel during September 1939 and laid mines off Portland, England over 8-10 September 1939.  She successfully broke through the Straits of Gibraltar on 8 November 1939 then she broke out of the Mediterranean through Gibraltar on 18 November 1939.  She was to lay mines at Gibraltar but that plan was aborted.  U-26 then patrolled one time in the North Atlantic and had two patrols off the Norwegian coast and one more in the North Atlantic where she was sunk.

SHIPS SUNK BY U-26 (Ewerth commanding)

*  Ran onto mines in the field laid by U-26 on 8 September 1939.
** It is recorded in logbooks at BdU (U-Boat HQ) that U-26 sank a ship as she was transiting Gibraltar but it does not appear accurate.

SHIPS SUNK BY U-26 (Scheringer commanding):

U-26 fired at an unknown ship of unknown type of unknown tonnage and claimed damage.  No confirmation.

Deepest thanks to our friends at the U-Bootskameradschaft Kiel for allowing us to bring their sacred book containing the names of all 28,863 U-Bootfahrer who were lost in action during World War II here to the USA where we carefully copied all the names of the fallen and list them here on our site.  Ours is the only website in the world that lists all these names.