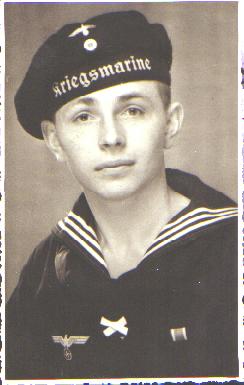 KURT REBS first rode U-456 when that Type VII-C attacked the Royal Navy light cruiser HMS EDINBURGH and severely damaged.  The cruiser was under tow when located and attacked by three German destroyers and further sustained severe damage of a torpedo from the destroyer Z.24.  A substantial amount of gold was aboard EDINBURGH when she went down which was salvaged in at some time in the 1980’s.

KURT was later transferred to serve aboard U-20, one of the six Type II boats that were taken apart, sent along the Autobahn then onto barges on the Donau (Danube) River, floated down to Contanzia, Rumania, re-assembled and recommissioned into the Black Sea Flotilla.