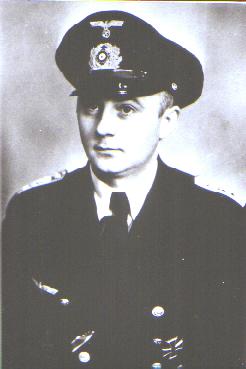 WOLFGANG HIRSCHFELD was Funkmaat (radioman) aboard U-109 under command of Hans-Georg Fischer, then after more schooling and service, he was posted to U-234 as Oberfunkmeister (Chief radioman and Code Petty Officer) for the run to Japan that finished up in Portsmouth, New Hampshire at the end of the war.

WOLFGANG was with us in Germany for several of our Northern “Patrols” and he gave information to Sharkhunters Founder and President HARRY COOPER (1-LIFE-1983) about the patrols he was on including the cruise of U-234 bound for Japan with a very special cargo.