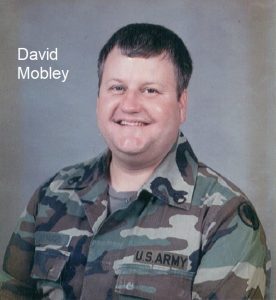 David has been a member since 1987 and is a two time member of the Advisory Board. He has also visited the Sharkhunters Headquarters in Hernando several times through the years. The first copying machine was donated and delivered by David along with a large three panel fold up back drop professional painted for Sharkhunters to use at military shows. David attended the first convention in Europe back in 1988 and then in 1990 during the reunification of Germany and is known as the official tour guide or the Reeperbahn in Hamburg. Known as Deputy Dave as he was once a Sheriff’s Deputy and drove his issued police cruiser out of state in 1990  to the airport to attend the convention in Europe. Some deputies complained to the Sheriff, even though he granted the ability to use the vehicles where ever they liked when off duty. However upon return the Sheriff asked for David’s resignation due to Sheriffs having absolute power to hire and fire at will with or without cause. After three college degrees, and lots of experience in Government Administration, David returned to his home county as the County Administrator. David then became responsible for the budget and disbursement of monies, including the Sheriff’s department.

In the featured photo David is shown when he was an assistance tank commander. He volunteered; along with marines, navy, air force, and air borne rangers, to participate in a transition course for Sergeants in Ft. Mclean in Alabama for a Nuclear, Biological, and Chemical program in response to Russia invading Afghanistan. David retired from the SC Army National Guard after 21 years of service.