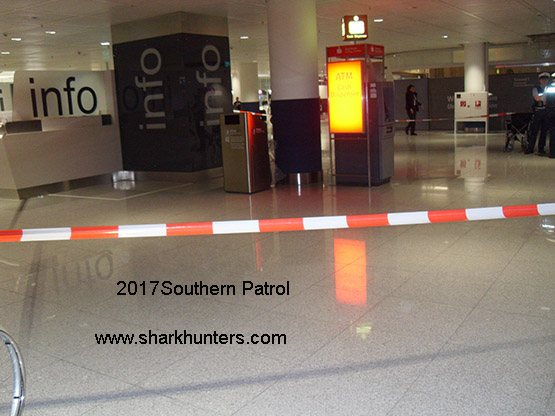 Our 2017 Southern Patrol got off to a rather unusual start.  As we walked through the airport terminal, we had to walk a long way around this taped off area.  I began taking photos and a security cop asked why I was taking photos.  I told her I was with the press and showed her my press credentials.  She was not very polite so I put the camera away and went to the hotel.  Since we did not hear of any problems at the airport, it is safe to assume that some absent-minded traveler merely left their bag and walked off innocently enough.  It is sad that a simple bag left behind causes such problems, but in these times, it is essential to take all precautions. 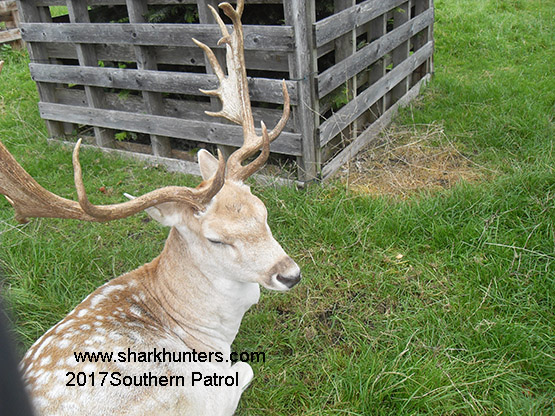 Bambi’s family?
Who doesn’t remember that classic Walt Disney movie Bambi with Thumper, Flower and all the other forest creatures?
Okay, this is not the movie but when we settled in our hotel in a little village near the airport, we see these guys across the road from our hotel.  It is a nice touch to the beginning of this, our 2017 Southern Patrol.
Come along as we have a lot to do and see. 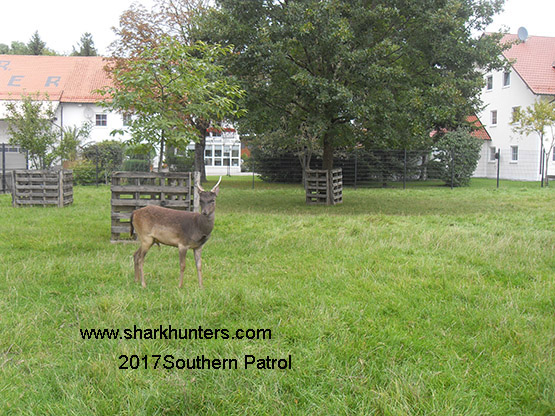 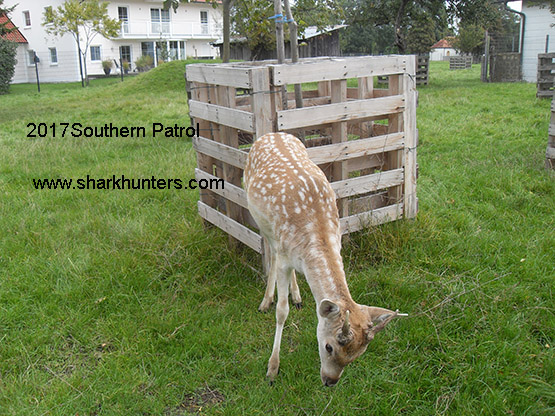 No thugs!  No hip-hop punks!  No low-slung pants!
Rather, we met some really decent young men actually learning something positive and creative for their future and for the future of their country.  It was really refreshing.  We were at an ancient airfield of the Bavarian Government of 100 years ago where there is a museum and on this particular day, there was a group of aeronautic students aged 12 to 16 years old.  They were clean-cut, polite and intelligent; and all spoke excellent English. 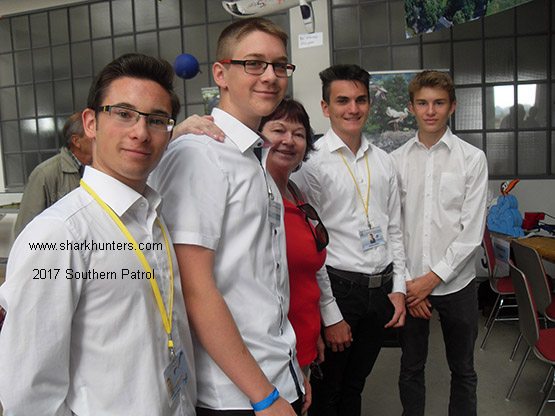 Above – some of the students with CAROLE
ANN SCANLAN, Member #8139 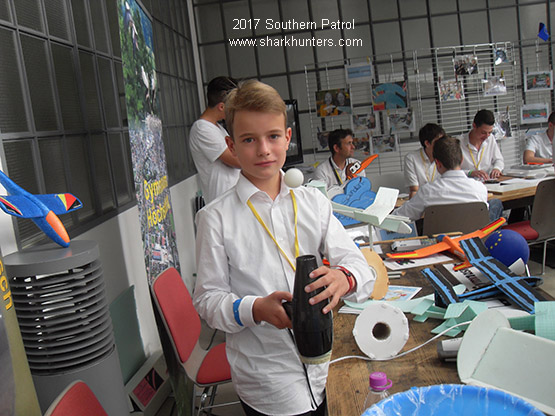 This young student shows how a ping-pong ball is suspended in the jet stream of a hair dryer. 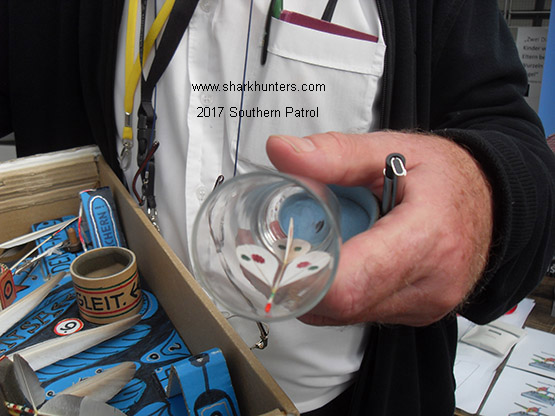 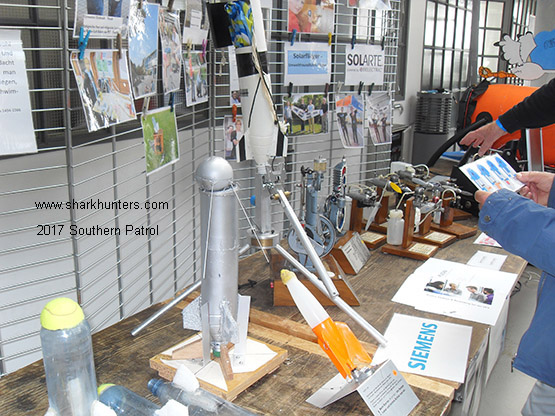 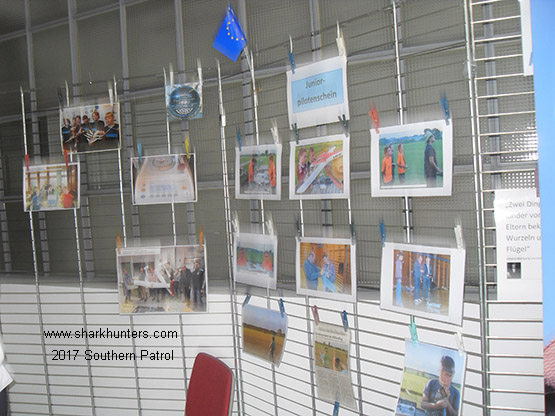 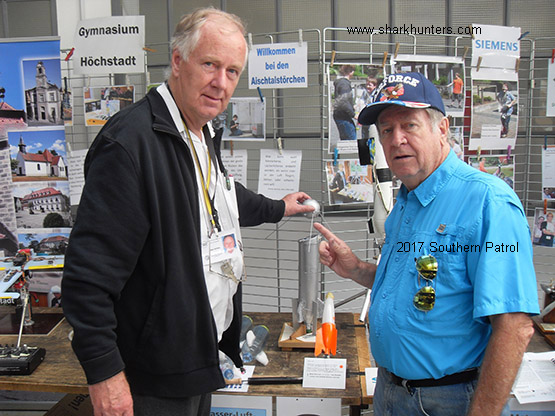 The instructor, Klaus Strienz, explaining the school to HARRY COOPER, Member 1-LIFE no, I am not that short.  Klaus is standing on a platform 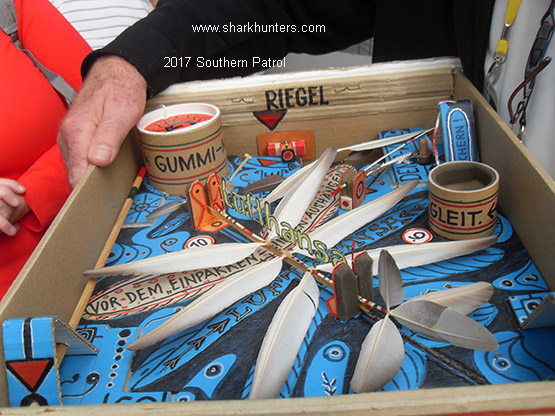 Outside for the rocket launches 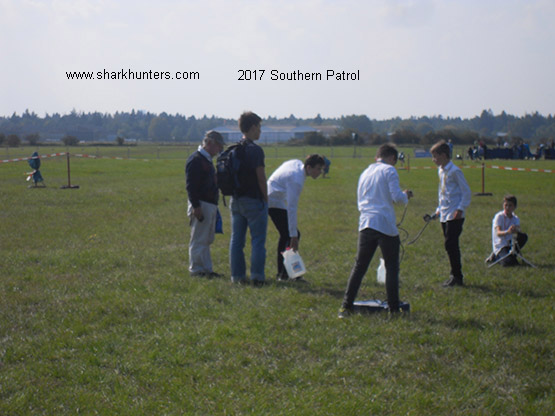 Outside for the rocket launches

We Have All The Info. 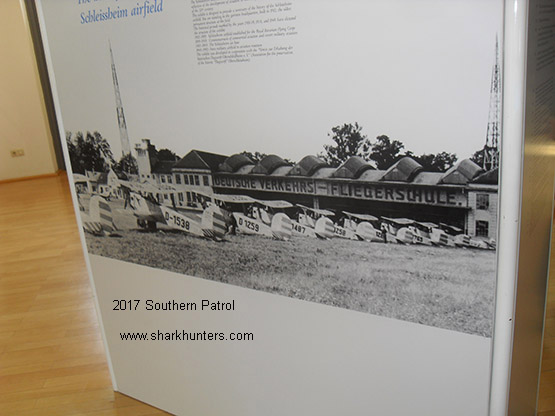 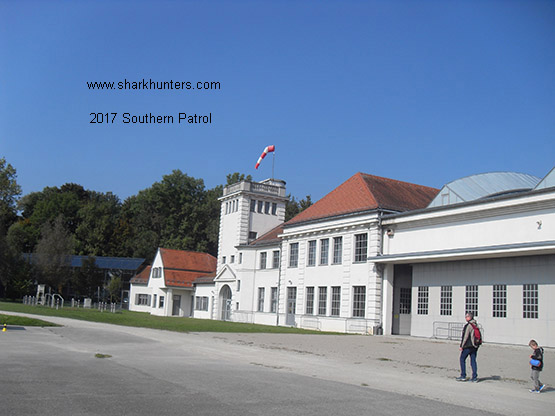 Above left is the old aerodrome as it appeared 100 years ago and above right is the way it is today, well restored and well maintained.  Let’s go inside and look at the exhibits. 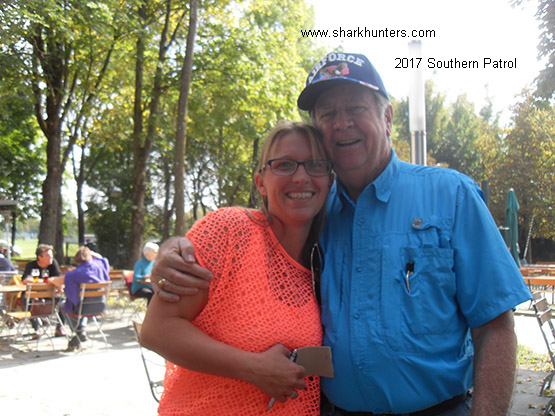 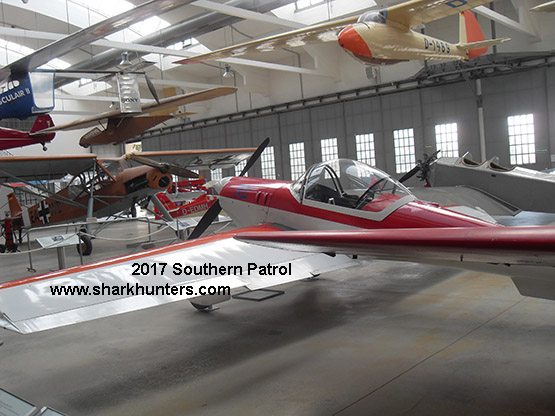 Above left – we found a friendly waitress at lunch
Right – the classic Fiesler STORCH (Stork), one of which Hanna Reitsch flew into Berlin in the face of heavy Soviet ground fire, in an attempt to convince Adolf Hitler to flee with her.  Hitler refused, so she flew out with Robert Ritter von Grein as her passenger.  Soon after the German surrender, he committed suicide.
Both Below – the famed “Fokker Scourge” of the World War One skies, as the Allied airmen called this versatile fighter.  The Fokker D.VII had a much better climb ratio and maneuverability than other fighters of the day. 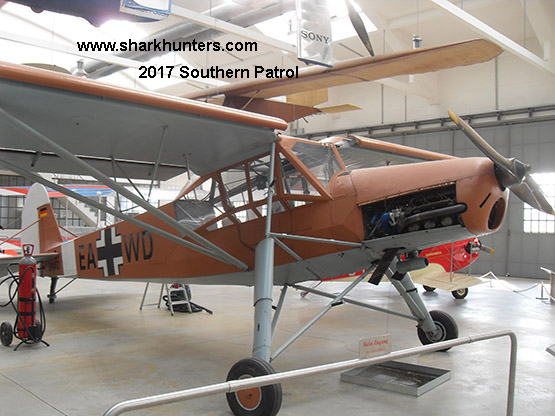 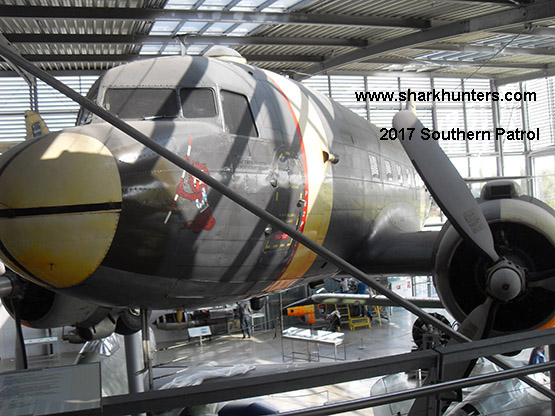 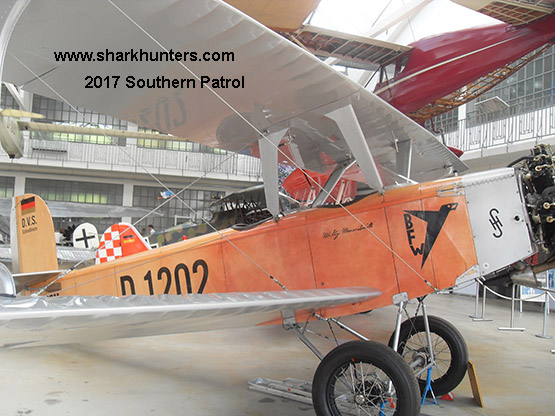 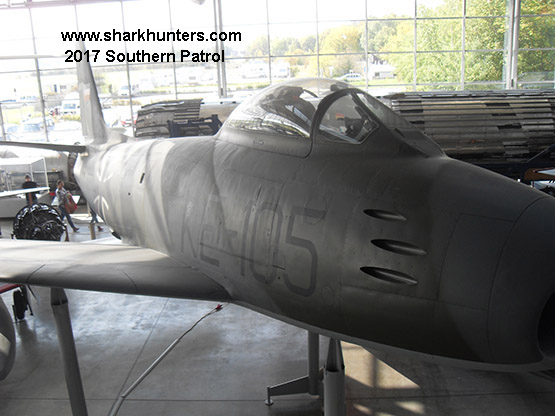 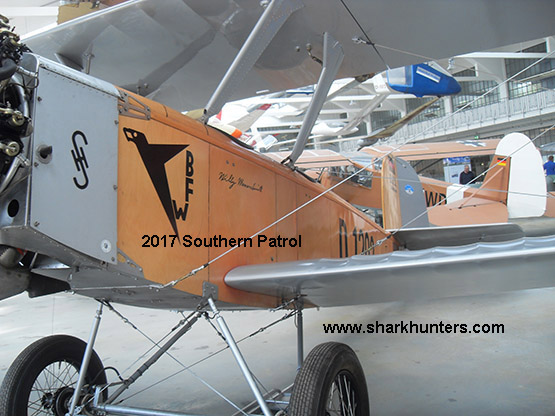 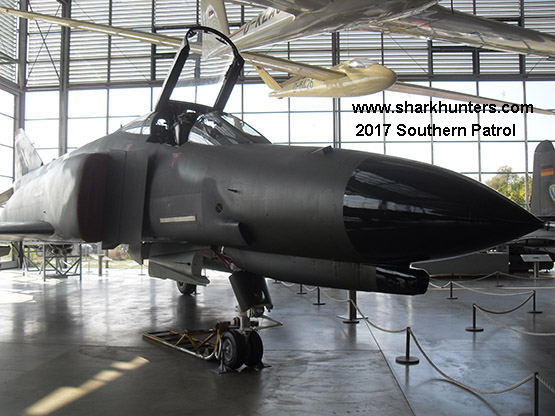 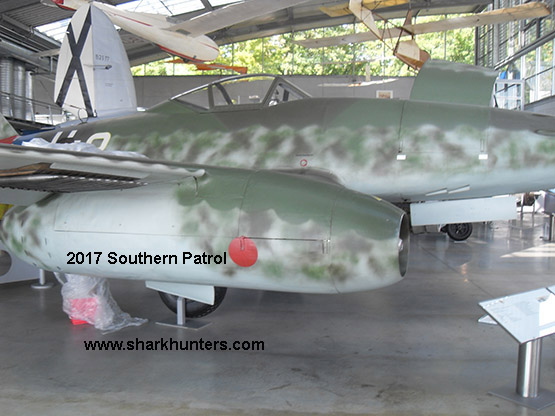 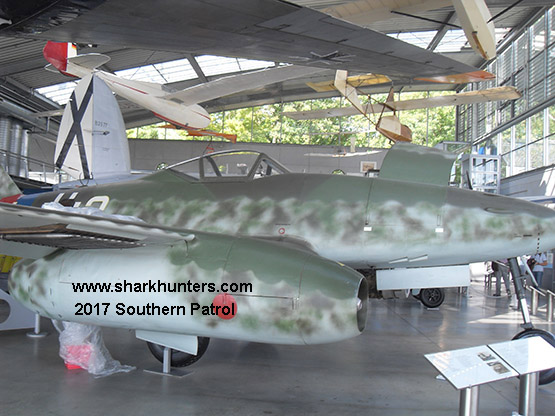 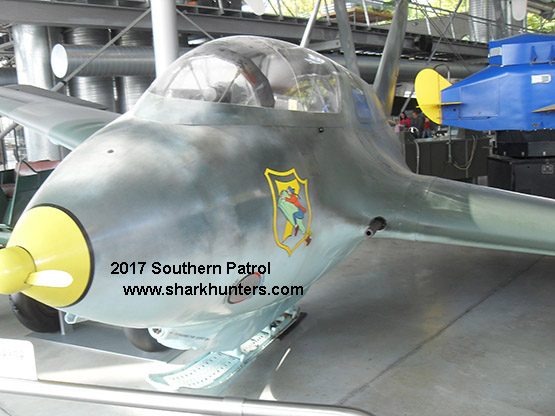 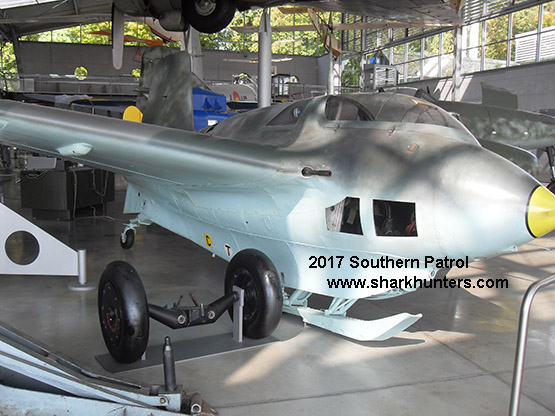 Both above – without question, the hottest fighter of World War Two to never make it into a major combat role is the Me 163 fighter.  The first ever flight of this bird was made by WOLFGANG SPÄTE, Member #2857.  He told us that it was like an angel pushing him through the skies as the bombers seemed to be hanging on strings. 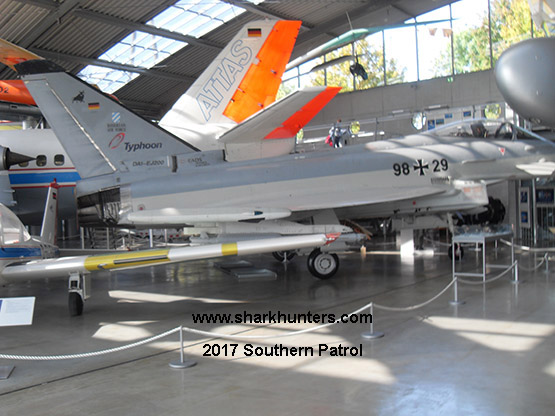 Right – while appearing to be missing some of her skin, this fighter cannot be mistaken for anything else.  This is the Me 109 (or Bf 109 to be correct), the hottest fighter in the air at the beginning of World War Two. 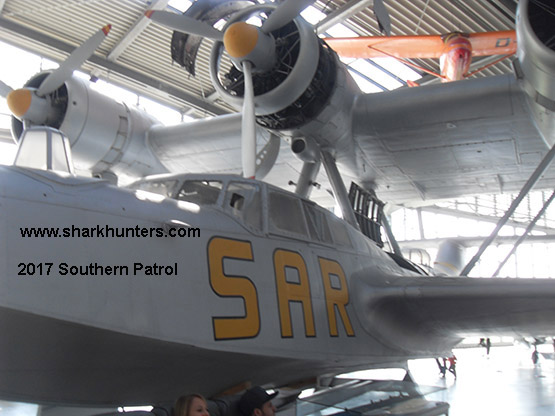 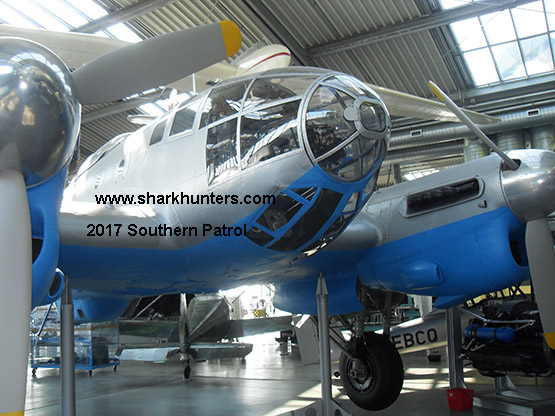 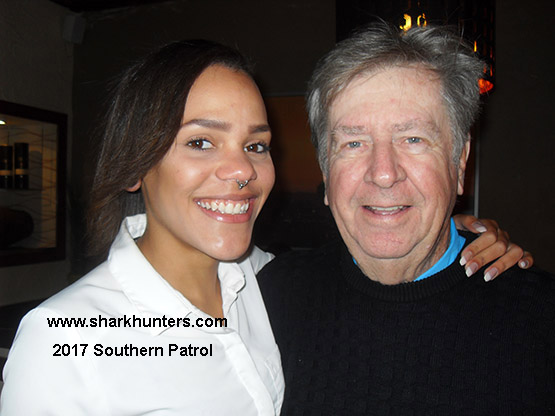 Right – Dornier was one of the leaders in developing and producing flying boats, and here is a DO 24 T-3.  This was a popular long-range aerial reconnaissance plane that could take off and land in seas up to one meter high.
Below left – a magnificently restored Heinkel He 111 bomber.
Below right – another friendly waitress.