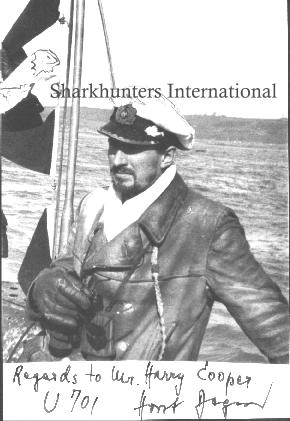 “The Gallant Degen” is what Admiral Karl Dönitz called him.  He put U-701 into commission on 16 July 1942 and enjoyed successes with the boat including the only successful minefield in US waters.  He laid a minefield right off the U. S. Navy base at Norfolk and some ships ran onto these mines and were sunk.  It was a dangerous mission because there only about thirty feet of water under his keel and if he had been discovered, there would be no possibility to dive.

One year later, almost to the day, U-701 was running on the surface off Cape Hatteras when a lookout failed to spot a Hudson bomber coming down on them until the last minute.  They dived as quickly as possible, but the bomber, piloted by KANE (346-1987), got there before the exposed stern could get under.  The blast tore a huge hole in the after torpedo room and the boat instantly sank.  DEGEN recalled his decision of a few hours before, to remain in shallow water rather than run offshore over very deep water.  The boat hit the bottom as it filled with water.  According to , there was only a small space at the overhead where there was air.

He opened the hatch and was immediately blown to the surface followed by sixteen of his men.  Some died quickly while, after a day of floating, two men attempted to swim to the American coast thirty miles distant.  They were never seen again.  Finally, after being in the water for a very long time, a U.S. Navy Blimp, piloted by MIDDLETON (347-1987) appeared over the seven men remaining.  They dropped a liferaft with provisions to the men and soon a Navy PBY Catalina landed by the survivors and took them aboard – and into captivity. 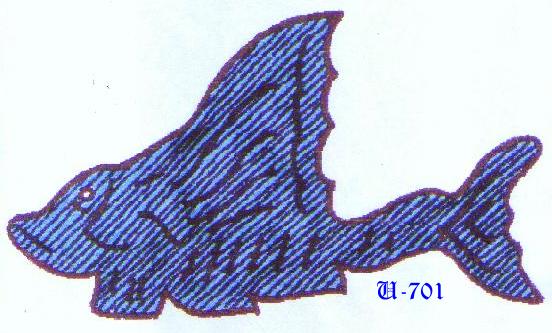 The Turmabzeichen (tower emblem) of U-701 was a flying fish.

U-701 was found about five decades later by UWE LOVAS (1022-1989).  The photos below are more recent because times, the boat is almost completely lost in the sand with only the tower visible.  Only shifting currents and strong winds above allow the boat to reappear. 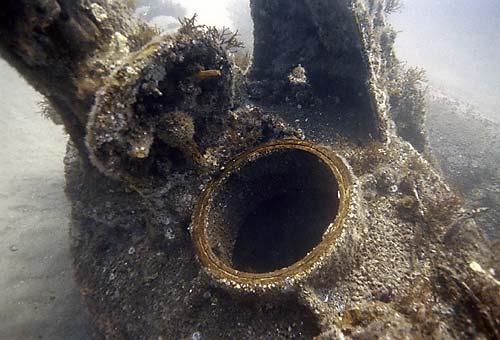 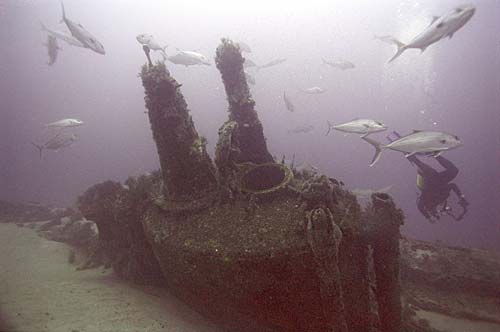 The conning tower hatch is still open from the time DEGEN
released it and several of his men went to the surface with him. 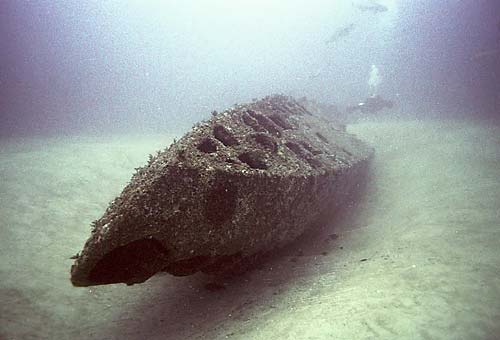 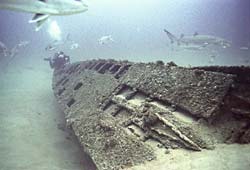 For years, the secret of the final resting place of U-701…and forty of her remained with UWE but eventually, the location was found and dive boat operators are routinely taking scuba divers to the wreck site.