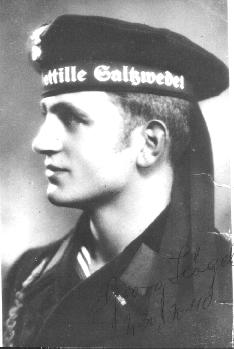 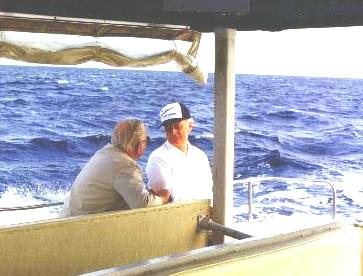 In a quiet moment aboard one of the boats from Atlantis Dive Shop, GERD THÄTER (194-1986) chats with GEORG …perhaps remembering days at sea long ago.

After the war, he became a Professor of Art at the University in München. He is an incredibly talented artist and he has done all the conning tower emblems that we use in our KTB Magazine as well as in many of our books.