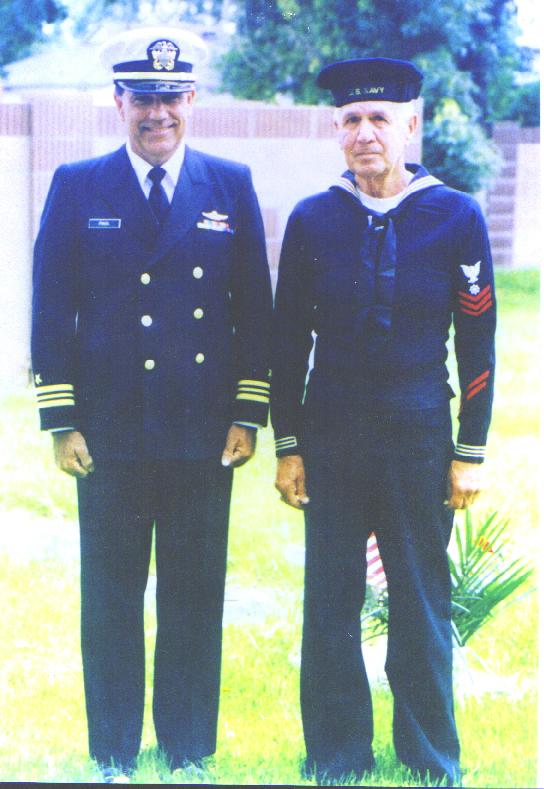 JIM (on the right in the photo) was a Leading Signalman who served a long hitch in the Pacific fighting the Japanese, was returned to the US for a short furlough then his entire group was being shipped back to the Pacific War.  To his good fortune, he got quite sick and after a while in the hospital, he received orders to the Sub Base, Groton, CT on the American east coast.  This was in 1945, almost the end of the war with Germany.

After having almost no duty for some weeks, he was quietly contacted by two officers and given special instructions.  He was to take his position with high powered binoculars in the signal tower, lock the door from the inside, and “report anything unusual” that he saw.

One morning he saw a speck out to see and challenged with the Morse lamp.  Eventually, he received the reply that this was the German submarine U-805 coming in to surrender. Personal cameras were absolutely forbidden, not allowed and if caught, a sailor could wind up in a hell of a problem using his own camera.  JIM took a chance and took photos.  See below.

After several U-Boats came in, he found a way to sneak aboard U-234, the one carrying uranium for the Japanese atomic bomb and he sent us a copy of the cargo manifest which we keep in our files.