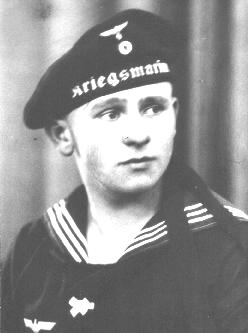 HANS was a bit of a riddle with his background.

He was a Hitler Jugend Führer (Hitler Youth Leader) but he was not Germany’s youngest HJ leader as he claimed;

His one and only claim to fame was his claim that he ‘pulled the plug’ to scuttle U-505 as the U.S. Navy Task Force was attacking the boat but that was not true.  It was L.I. (Engineering Officer) Hauser who opened the sea strainer, assisted by engineering mate Hohlenreid – letters from the Chief Petty Office of the boat confirm that. 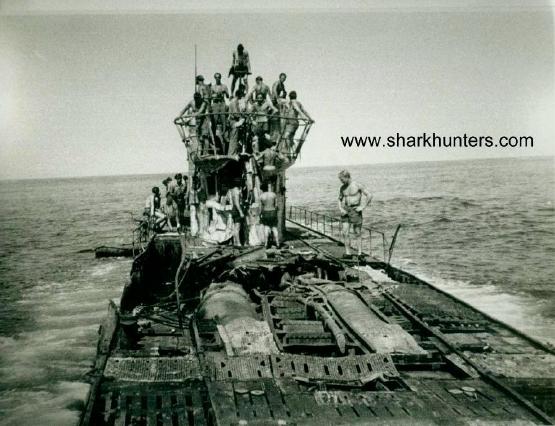 HANS was one of the men seen here on the deck of U-505 to repair the damage they suffered in an aerial attack in the Caribbean.

U-505 was the most severely damaged submarine to make it back to her homeport.

HANS came to the USA in the 1980’s on a six-month tourist visa but instead of traveling, he bought a house in Elkhart, Indiana; opened a coffee shop for his girlfriend and got a job as a machinist there. During a sweep for illegal aliens by INS, they were caught & were facing deportation. Sharkhunters requested letters from many important people and armed with these, Sharkhunters contacted President RONALD REAGEN 1858-1991 to ask that they be allowed to remain in the USA. The appeal worked – REAGAN intervened and they lived in the USA until HANS died in the late ’90s.