Kriegsmarine, Skipper of U-505 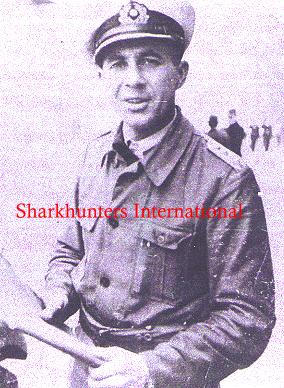 Kapitänleutnant AXEL-OLAF LOEWE was the first Skipper of U-505, putting that boat into commission 26 August 1941 at the Deutsches Werft in Hamburg.  He was a good Skipper, well-liked by his crew and quite successful.  Under his command, U-505 sank seven of her eight victims.

She was attached by air off the mouth of the Orinoco River (South America) and received extensive damage, but she made it back to her homeport Lorient where she was attached to the 2nd U-Flot.

She was the most heavily damaged submarine in World War Two to make it back to her homeport and she transited thousands of miles of open ocean – a boat that could only submerge to 25 meters (about 84 feet).