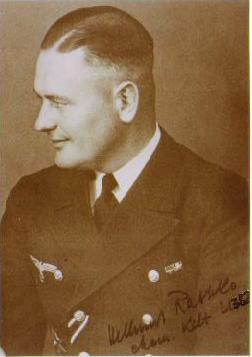 HELMUT RATHKE was Skipper of U-352, sunk off the American east coast 9 May 1942 by the U. S. Coast Guard cutter ICARUS. In our dealings with Korvettenkapitän RATHKE, we always found him be a friendly, easy going fellow but apparently that was not the case when he commanded a U-Boat. He was apparently a tough, no-nonsense Skipper …according to some of his crew that we spoke with, more than tough and no-nonsense.  His crew called him ‘the Czar‘ with an unfriendly connotation. When the crew held a ‘come together’ in Charleston, SC some years ago, they sent a special letter to tell RATHKE that he was not invited, was not welcome, and DO NOT SHOW UP!

However, some of the crew did not always act in the proper military manner either. More than once when RATHKE was in the conning tower, looking through the periscope, someone in the Zentralle below would shout out “Are you looking for your Knights Cross?” or words to that effect.

His toughness and the fear that his crew had of him worked to their favor when they were captured.  All the prisoners were held together until each was questioned. They were apparently so terrified of RATHKE that the ONI interrogators could get nothing from them.  This one incident was the reason that ONI changed their policy and immediately separated the Skipper from the crew when parts of any group were captured.

Below is U-352 in the yard for repairs prior to his Feindfahrt (war patrol) off the American east coast. 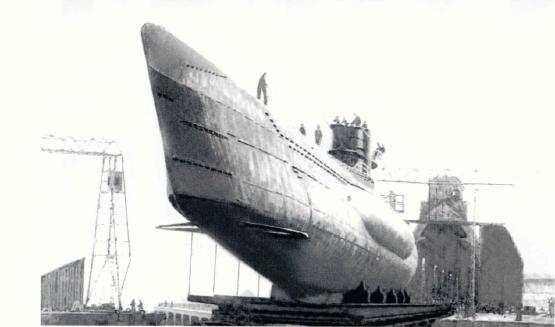